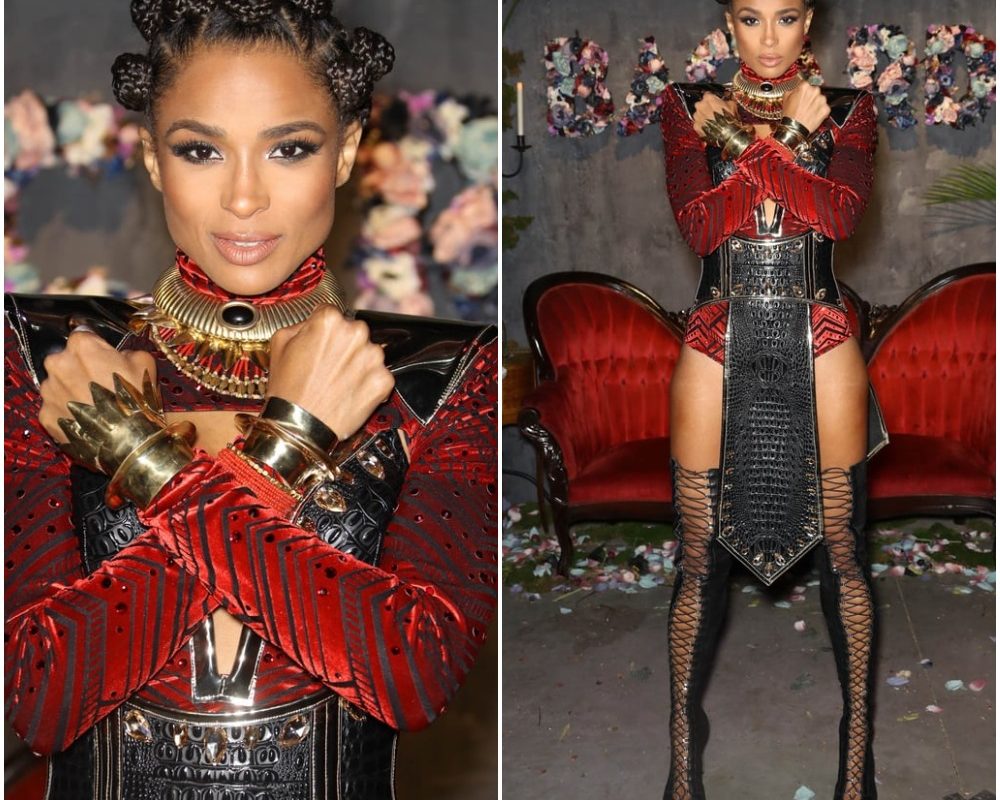 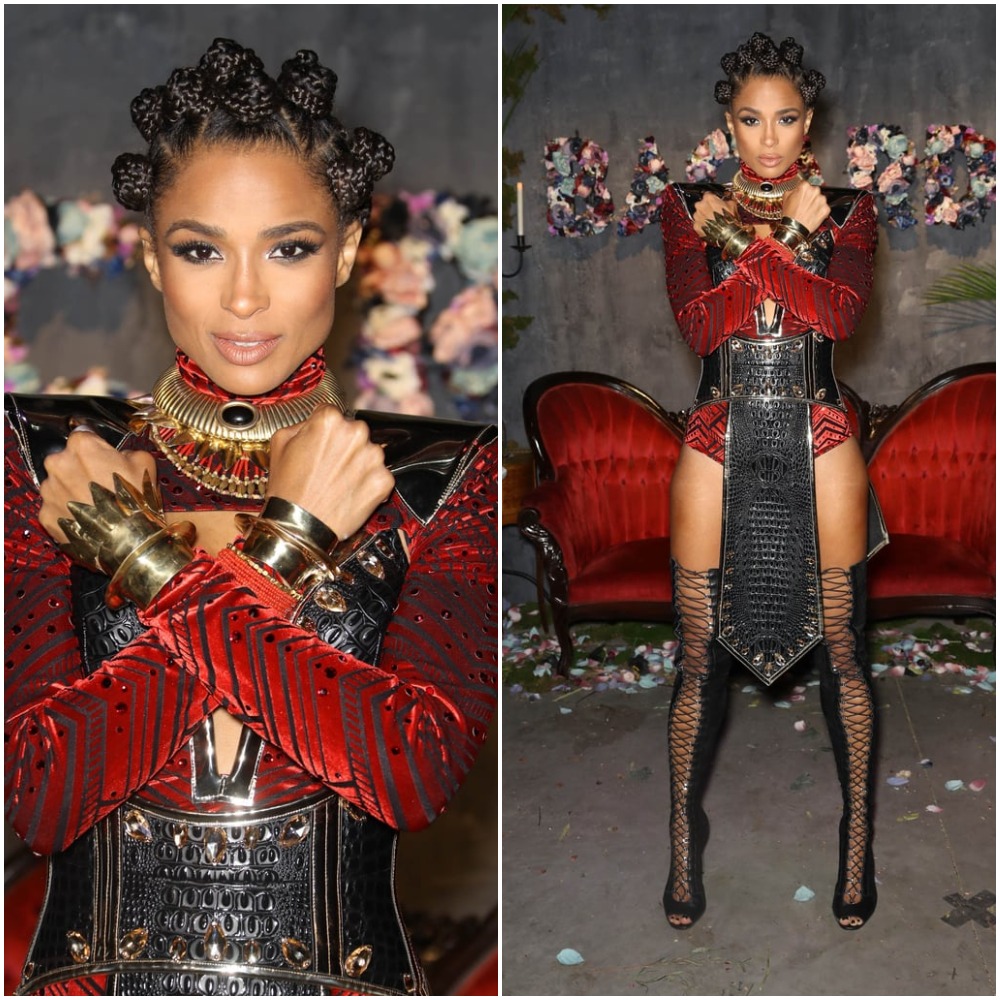 Ciara showed us as Nakia for Halloween and we’re totally in love!

Ever since the hit Marvel Film, Black Panther hit theatres in February the costumes and characters have been a source of inspiration for a number of photo shoots and creative works. It didn’t come as a surprise that American singer, Ciara drew inspiration from the film for this years Bacardi USA Halloween Party.

The “Level Up” singer recreated Nakia’s Dora Milaje’s costume and we’re totally in love. She donned a gleaming black, red, and gold structured suit and bodice with a pair of thigh-high boots. Her gold jewellery – including a statement necklace and bangles was the spice of the look. To top it all off, she rocked a hairstyle similar to Nakia’s “Wakandan knots”. The entire ensemble has us so mesmerized that there’s only one thing left to say: WAKANDA FOREVER!!!

The costume even got a shout-out from Nakia herself, Lupita Nyong’o, who reposted the video with the caption, “

My Wakanda Knots have unravelled!” 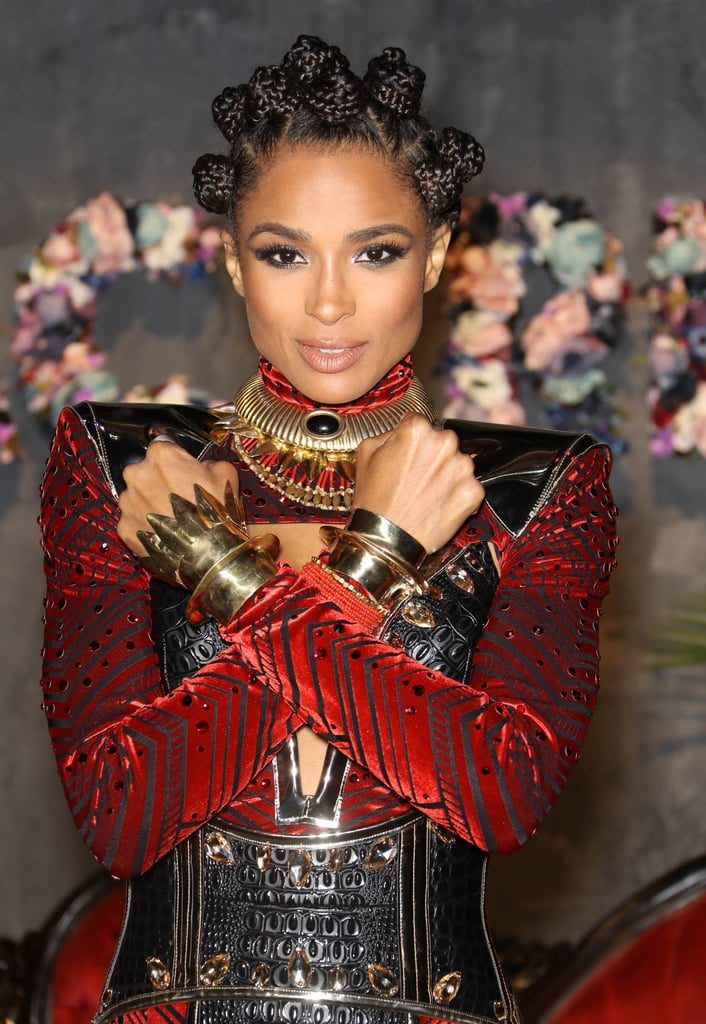 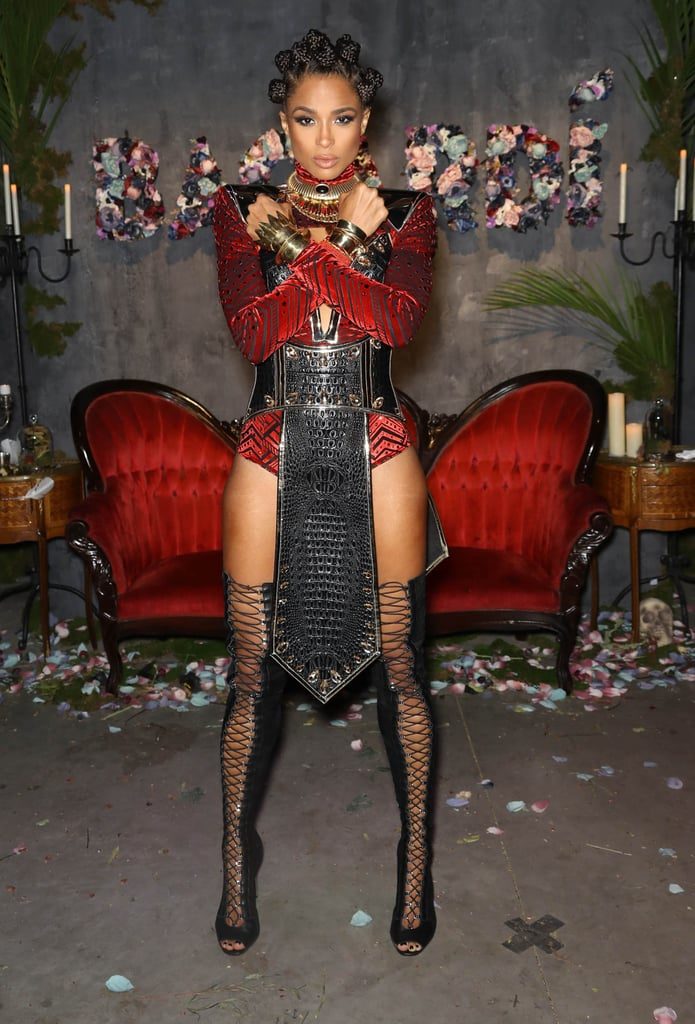 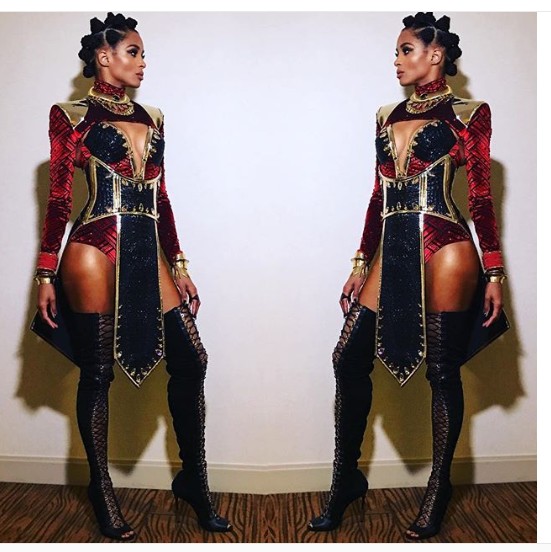